Nutrients to Charge up Brain Function

Nutrients to Charge up Brain Function

Nootropics are compounds that enhance cognition and facilitate learning.

They differ from nutrients that protect against brain aging.

Nootropics are for people seeking to improve brain processing speed and mental alertness.

Nutrients with nootropic properties have become popular for people of all ages to improve thinking speed and accuracy.

Nootropics Tune Up Your Mind

Nootropics are a different type of brain and cognition supplement. Their goal is to boost cognitive performance now.

Nootropics are meant to improve and recall recent and old memories. 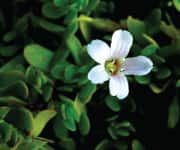 As we age, our ability to process and absorb new information begins to decline.

In seeking to create a plant-based nootropic, researchers focused on compounds associated with cognitive enhancement in human studies. One key aspect of improved cognition is improving the brain’s ability to learn and retain information.

Research on the flowering herb Bacopa monnieri reveals improved memory. In ancient times, the herb was given to scholars to improve their learning and memorization of vast religious texts that were orally handed down from generation to generation.1

In several clinical trials, standardized extracts of Bacopa have been shown to sharpen several aspects of cognitive function, specifically learning rate and retention of information. 2-9

These human studies also show that Bacopa improved additional aspects of cognitive functions such as:

In animal studies, standardized extract of Bacopa also improved brain activity by promoting the growth of neuron connections in the hippocampus and amygdala, another part of the brain involved in perception of emotions.10-12 The hippocampus is one of the most important brain regions for the formation of new memories. Other benefits included:1,12,13 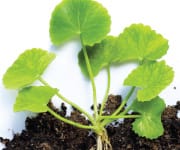 The next step in creating a multi-function nootropic was investigating the herb gotu kola.

Gotu kola is a flowering herb native to Asia. It has also been used to boost brain power in traditional Eastern medicine for centuries.

In one clinical trial of healthy, older adults, daily intake of standardized extract of gotu kola for two months led to significant improvements in several aspects of brain function.14

Using electroencephalography (EEG), the electrical activity of the brain was recorded and combined with cognitive testing. Researchers saw evidence of improved attention and reaction time in mental tasks just one hour after supplementation. These improvements in reaction time indicate improved brain processing speed.

By the end of the two-month study, other improvements in cognitive function were seen, including short-term working memory, word recognition, spatial memory and picture recognition, and alertness.

Gotu kola also improved mood and calmness . This has implications for managing anxiety and depression, which can clarity.15

In another study, patients with generalized anxiety disorder who supplemented with gotu kola noted significantly improved levels of anxiety and stress.16

Gotu kola has also demonstrated benefits in animal studies.17,18 In a mouse model of dementia, animals given extracts of gotu kola performed significantly better than untreated animals in tests of learning and memory. 18

What you need to know 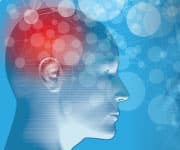 Carotenoids are a group of pigments found in many fruits and vegetables.

Two closely related carotenoids, lutein and zeaxanthin, are taken up and concentrated in the retina of the eye, the tissue that senses light and sends information to the brain for visual recognition via the optic nerve.

Lutein and zeaxanthin have long been shown to protect macular density necessary for visual function.19-24 These carotenoid pigments help maintain sharp sight while protecting the retina from damage due to blue light, chronic inflammation, and other threats.

Scientists have discovered that significant amounts of lutein and zeaxanthin also concentrate in the brain.

This isn’t very surprising, since the retina is technically an extension of the brain that contains nerve cells similar to those found in the brain itself.25-29

People with the highest plasma and macular levels of lutein and zeaxanthin also have the highest cognitive function.27,30-35

Using advanced MRI imaging technology, researchers were able to show that higher levels of carotenoids in the brain were associated with better efficiency of the brain cells during tests of learning, memory, perception, decision-making, and motor coordination.33

Human Studies of Lutein and Zeaxanthin 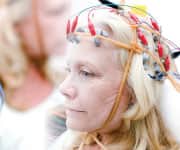 Based on findings that lutein and zeaxanthin function as nootropics, researchers identified a source derived from marigold flowers.

The combination of lutein and zeaxanthin has been tested in nine human studies on brain function in a wide age range.36-44

Research shows that lutein and zeaxanthin improved brain function through:43,45

In healthy young adults, 10 mg of lutein and 2 mg of zeaxanthin daily resulted in significant improvements in memory, reasoning, and complex attention — the ability to hold complicated ideas in the mind, assess them, and quickly act on them.41

Similar findings have been seen in older adults. The same dosage of lutein and zeaxanthin improved complex attention and other aspects of cognition in subjects averaging 73.7 years of age.40

In another study of older adults, oral lutein and zeaxanthin helped maintain learning and memory while improving brain blood flow, while these functions deteriorated in participants who received a placebo.39

Scientists believe lutein and zeaxanthin work, in part, by wedging themselves into the walls of brain cell membranes.25,45-48 This may boost the membrane’s functional properties and improve other aspects of membrane integrity.

The field of nootropics research aims to find compounds and nutrients that can boost cognitive performance.

A combination of nootropic compounds has been formulated to enhance brain function.

The carotenoids lutein and zeaxanthin, which are concentrated in the eye and brain, can improve and protect visual and mental function.

Standardized extracts of gotu kola and Bacopa monnieri each enhanced several aspects of cognitive function and mood in clinical trials.

This combination may help people of all ages achieve their full neurological potential.