Melatonin has long been thought of as the “sleep hormone.” It regulates circadian rhythms, the body’s internal biological clock, which can improve sleep patterns.

But melatonin does much more.

Melatonin provides vital support to the immune system, helping coordinate immune responses to defend against a wide variety of threats, including viruses.4-6

In 1992, Life Extension® introduced melatonin to the world based on evidence of its anti-aging properties, including potential to boost immune function and reduce cancer risks. 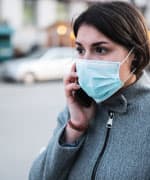 Melatonin is a hormone produced primarily in the pineal gland of the brain.6 It is also produced in other tissues, including cells of the immune system.9-12

Its best-known role is in regulating sleep-wake cycles but it has demonstrated other beneficial properties.4-6

This “cross talk” fine-tunes and coordinates healthy immunity. It bolsters innate defenses that guard against a wide range of pathogens, from viruses to cancer cells.

It also improves immune attacks on specific viruses and disease-causing bacteria and parasites.4-6

The influence of melatonin on immune health was first observed in 1926. Scientists reported that kittens fed pineal gland extracts—now known to be a major source of melatonin—gained significantly improved resistance to infections.6

The deterioration of the immune system that comes with age is called immune senescence.13

It causes a dramatic weakening of immunity. This is a big part of the reason why the elderly are more susceptible to infectious disease from viruses, bacteria, and other pathogens.

Melatonin counters immune senescence in other ways, including:6,13,16-20

Even with healthy immunity, melatonin can strengthen immune response.

Preclinical studies have investigated the impact that melatonin has on viruses, bacteria, and parasites.6 It improves the immune response to infection caused by all of these.

It does so by stimulating the production and activity of cells that fight infection, including T cells and NK (natural killer) cells that eliminate virus-infected cells, along with macrophages that engulf and destroy foreign invaders.

Together, these effects help rid the body of infectious pathogens and keep the immune response to appropriate, safe levels, avoiding a harmful overresponse or excessive inflammation.

In one astonishing study, scientists exposed mice to an extremely aggressive virus called Venezuelan equine encephalomyelitis, which killed 100% of infected animals. When treated with melatonin, the mortality rate was reduced to just 16%.21

Melatonin is protective in bacterial infections as well.

WHAT YOU NEED TO KNOW 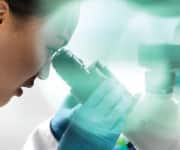 The immune system is one of our body’s main defenses against cancer.

Natural killer (NK) cells are immune cells that identify and eliminate abnormal cells, including tumor cells and cells that are developing into cancer cells.

Melatonin augments the activity of natural killer and other immune cells, helping to rid the body of abnormal cells before they can do more damage.

Research has shown that melatonin does even more to prevent cancer, possessing many direct anticancer effects.4,27-30 In ways that scientists are still investigating, it fights cancer at every stage, working to prevent its initial formation, progression, and spread in the body.29

In preclinical and clinical studies, melatonin has been found to suppress many forms of malignances, including:4,31-37

This hormone has been shown to have an impact on the immune system, fine-tuning immune responses and protecting against viral and other infections, cancer, and more.