Cardiovascular disease remains the leading cause of death in the U.S. and worldwide.1,2

It’s been that way despite billions of dollars spent developing drugs and surgical treatments.

But there’s a simple way to help lower the risk: increasing intake of the mineral magnesium.3,4

It’s difficult to get enough magnesium from food alone. We also have trouble absorbing magnesium as we age.

Fortunately, supplementation with magnesium can resolve magnesium deficiency, and contribute to improved health and longevity. 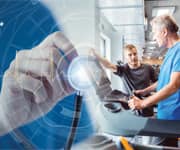 Magnesium is a mineral involved in approximately 80% of known metabolic functions.7

Insufficient magnesium in the body means that enzymes required for proper metabolism function poorly or not at all.3

Many of these enzyme systems serve essential purposes in heart muscle and blood vessels. When they become impaired, the risk of cardiovascular disease rises.3

Studies specifically show that the lower the dietary intake of magnesium, the higher the levels of:

An epidemiological study of 3,523 men aged 60-79, with no prior history of cardiovascular disease, demonstrated that risk for heart failure declined steadily with rising magnesium levels.5

Those with the highest magnesium blood levels had a 44% lower risk of heart failure than those with the lowest levels, mostly due to the reduced markers of inflammation and endothelial dysfunction.5

Lab studies also show that, in cultured human endothelial cells, magnesium deficiency activates NF-kB (nuclear factor kappa B). NF-kB is a leading regulator of inflammation in cells and is a major facilitator of atherosclerosis.11

Studies in animals have clearly shown the cardiovascular benefits of magnesium supplementation.

On the other hand, rats supplemented with magnesium had lower blood pressure. As a result, they were less likely to die than their magnesium-deficient peers.13

These effects are seen even more dramatically in lab experiments done on intact arterial segments in “organ bath” preparations, which isolate the part of the body being studied.

In these studies, when magnesium was added to the organ bath it triggered:

There is no single “optimal” form of magnesium for supplementation. Instead, it is important to consider the reason for the supplement.

One approach for ideal magnesium supplementation is to use a two-part supplement composed partly of magnesium citrate in a quick-release form and magnesium oxide in an extended-release form.

Magnesium oxide is highly concentrated, allowing a lot of magnesium to go into a relatively small pill. Because magnesium oxide is somewhat less bioavailable, it is ideal for an extended-release formulation, which gradually makes its way into the circulation.

Magnesium citrate, on the other hand, is less concentrated but is highly bioavailable, which allows for quick release of the mineral in a form that is readily absorbed.

This kind of innovative combination provides extended magnesium benefits in a single supplement.

Magnesium supplementation has been shown to help prevent these changes.

In a group of hypertensive women, ages 40-65, on diuretic therapy, oral magnesium-supplementation (600 mg/day) reduced blood pressure, lowering systolic (top number) pressure to 134 from 144 mmHg, and diastolic (lower number) pressure to 81 from 88, after six months of therapy.17

This result was linked to increased blood vessel dilation and significant improvements in endothelial function in supplemented women.

In addition, the thickness of the carotid artery, a measure of unhealthy arterial thickening, rose in placebo patients during the six-month period, but was unchanged in supplemented subjects.

Magnesium supplementation improves both heart function and exercise tolerance in people with coronary artery disease. In a study of 53 men suffering from the ailment, 365 mg of oral magnesium citrate taken twice daily for six months resulted in improved oxygen utilization during exercise and greater pumping action of the left ventricle (main pumping chamber) in the heart. This indicates significant improvements in blood flow and oxygen delivery.19

Heart failure is defined as the inability of the heart muscle to pump sufficient blood to meet bodily needs. It often arises in people who’ve had a heart attack. It can eventually result in the failure of multiple organs and death.

In a study of 22 patients with symptomatic chronic heart failure, an 800 mg/day dose of magnesium for three months produced a significant increase in arterial compliance (a measure of how well an artery can relax and contract in response to blood flow).20

This indicates improved endothelial function and improved ability of the arteries to deliver oxygen-rich blood to target organs.

A Summary of Magnesium’s Effects on Cardiovascular Health

Cardiovascular disease and its risk factors are complex disorders, with many interwoven threads leading to potentially catastrophic outcomes.

Here’s a summary of what is known about magnesium’s effects on the heart and blood vessels.

These properties help to explain why humans with low magnesium intake or blood levels have higher risks for atherosclerosis, coronary artery disease, arrhythmias, and heart failure.21 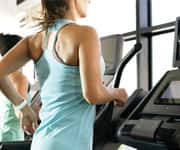 Scientists have determined that having low magnesium levels increases the risk for conditions that are major risk factors for heart disease and strokes.

Higher magnesium consumption, via diet or supplementation, has been demonstrated to provide numerous benefits, including lowering cardiovascular disease risk.