Common colds are the most common human infection.1

Based on research published in the 1980s, many people know to start popping zinc lozenges.

But not all zinc is the same.

Many cold lozenges feature different forms of zinc that are not the most effective choice.

The specific kind of zinc lozenge that has shown the most consistent benefit is one that slowly releases ionic zinc.

Taken at the earliest sign of symptoms, it can protect against a cold developing and shorten the duration of a cold by seven days.2,3

What’s critical is to initiate zinc lozenges as soon as the first cold symptom manifests. Waiting for full symptoms to develop inhibits the ability of zinc to do its job.

And the best way to get the ionic form is from zinc acetate.

Dangers of the Common Cold 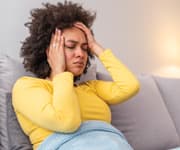 The common cold is a viral infection of the upper respiratory tract that causes symptoms like a runny or stuffy nose, sneezing, coughing, and sore throat. Headache, fatigue, fever, and muscle aches can also occur.4

Americans contract an estimated one billion colds annually, and they’re the leading cause of missed days at work or school.5,6

Though cold symptoms are usually mild, the effects on those with a weakened immune system, like the elderly, may be severe. Complications can develop, including sinusitis, and secondary infections like pneumonia and strep throat.7,8

Rhinoviruses, the most common cold viruses, attach to receptors in cells of the mucus membranes of the upper respiratory tract and then replicate out of control.9,10

When taken as a slow-release lozenge, zinc binds to those same cell receptors, preventing the rhinovirus from entering cells and establishing a common cold infection. This makes it uniquely effective in warding off colds.11

Zinc is a mineral that has functions throughout the body, including support for the immune system. But its unique effect in the throat (blocking viruses from entering cells) is what makes the occasional use of zinc lozenges so beneficial. 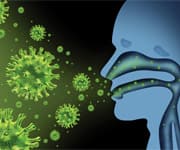 In 1984, a team of researchers led by pioneering scientist George Eby published the results of the first double-blind, human study on zinc lozenges for common colds. They discovered that after seven days, cold symptoms vanished in 86% of people taking zinc, compared to 46% taking placebo lozenges.2

The form of zinc that most effectively binds to cell receptors, blocking the cold virus, is ionic zinc.3 This type of zinc has acquired a positive charge by losing electrons.

There are significant differences in the amounts of ionic zinc released from the different zinc forms. Scientists have now calculated these amounts, and they found that:3

These findings show zinc acetate releases the most ionic zinc, which is believed to be the essential form for fighting the common cold.

In fact, research demonstrates that when the right dose of zinc acetate is used within 24 hours of cold symptoms developing, the benefits can be remarkable.12

In a 2000 study, researchers gave patients moderate-dose (12.8 mg) zinc acetate lozenges, every two to three hours while awake, within 24 hours of developing common cold symptoms. Days of suffering were reduced by about 45%. The average, overall duration of symptoms was just 4.5 days, compared to 8.1 days in a placebo group.13

In a similar study done in 2008, adults took moderate doses (13.3 mg) of zinc acetate lozenges within 24 hours of showing symptoms, every two to three hours while awake. On average, cold duration was 4 days compared to 7.1 days for those taking a placebo. Severity of cold symptoms was also markedly lower in the zinc group.14

In 2011, a review of 13 placebo-controlled human trials was published that examined the effect of zinc lozenges on common cold episodes:15

This review demonstrated that zinc acetate is the best zinc form for shortening the duration of colds.15

In fact, after reviewing decades of studies, the scientist who led the first zinc lozenge trial, George Eby, concluded that slowly dissolving zinc acetate lozenges every two waking hours should shorten colds by up to seven days.3

In 2017, a meta-analysis provided further support for the use of zinc acetate. Scientists selected three double-blind, controlled trials that evaluated the effect of zinc acetate lozenges on colds among a total of 199 participants. Dosages ranged from 80 mg to 92 mg daily. They found that:12

The team concluded that people who come down with colds should use zinc acetate within 24 hours of symptom onset.12 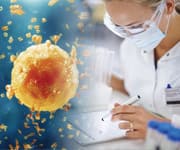 The effectiveness of zinc lozenges against the common cold was discovered purely by accident in 1979.

During her eventually successful battle with leukemia, a three-year-old girl was being treated with chemotherapy, radiation, and zinc supplements. One day, because she had a sore throat due to a cold, she refused to swallow the usual 50 mg zinc tablet and instead dissolved it in her mouth.2

Within hours, her cold had disappeared and did not return.2

That lucky accident spurred researchers to conduct the first double-blind, human study on zinc lozenges for common colds. In 1984, the published results confirmed that zinc lozenges could drastically shorten the length of a cold.2

Many people take zinc lozenges to ward off a common cold. But studies show that only ionic zinc, delivered most effectively by zinc acetate, can help stop a cold in its tracks.

Taken at the first onset of symptoms in doses of 18.75 mg every two waking hours, this specific form of zinc prevents the rhinovirus from entering cells and establishing a cold infection.

These zinc lozenges are not meant for everyday use. They should instead be kept for use upon any symptom developing and used for no more than seven days. One reason for short term use is one might ingest excess amounts of zinc at the frequency recommended.