Dangers of an Omega-6 to Omega-3 Imbalance

Dangers of an Omega-6 to Omega-3 Imbalance

Scientists studying the diets of our ancestors have made an interesting and shocking finding:

In ancient times, people ate a diet that adhered much more closely to an ideal, balanced 4:1 ratio of omega-6 and omega-3 fatty acids.1

Today, the average intake of omega-6s is vastly higher. The amount of omega-6 fats ingested compared to omega-3s has surged as high as 20 to 1.1

This imbalance in our fatty-acid intake is a contributor to the most common age-related diseases.

The problem with modern diets is excess consumption of omega-6 fats and deficient intake of omega-3s.

A combined effort to reduce intake of omega-6 fatty acids and boost omega-3 consumption is a crucial step towards living a longer, healthier life. 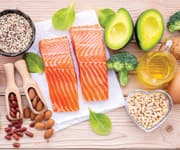 Some early, human populations had diets lowin omega-6 fats and high in sources of omega-3 fats, such as people living near oceans and rivers.

Today, a huge percent of calories in most diets comes from foods high in omega-6s.

For instance, most processed foods contain oils and fats high in omega-6s, like sunflower, cottonseed, soybean, and corn oils.

Unless people go out of their way to avoid these oils and increase their intake of fish, fish oil, and other sources of omega-3s, they will wind up with a dangerous imbalance of omega-6s to omega-3s.

Ideally, one should ingest equal amounts of omega-6s to omega-3s, but this is nearly impossible with modern diets.

The abundance of omega-6 fatty acids in modern diets, combined with an insufficient amount of omega-3 fats, plays a major role in age-related disorders including cardiovascular disease, obesity, dementia, and metabolic syndrome.

But omega-3 fatty acids can help prevent many of these problems. Omega-3s reduce production of several proinflammatory compounds and help quell chronic inflammation.1,2

In fact, intake of two omega-3s primarily found in fish, EPA and DHA, has been shown to protect against many forms of chronic disease—and even to reduce overall mortality.1,3,4

Omega-3s and the Brain 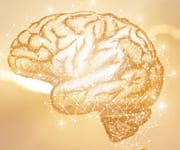 Omega-3 fatty acids are supremely important for both the brain and nervous system.

One reason is that they are a key component of brain cell membranes.

These membranes generate and conduct the electrical impulses that play a role in everything from simple movement, to language, reasoning, and memory formation and recall.

Brain-derived neurotrophic-factor levels tend to drop with age, contributing to cognitive decline and risk for Alzheimer’s and Parkinson’s disease, along with other neurodegenerative illnesses.6

As a result of all these roles, omega-3s have a powerful impact on brain function.

We’ve long known that adequate omega-3 intake is required for normal brain development. But research is increasingly finding that lower intake of omega-3s in early life is associated with abnormalities, including autism and attention deficit hyperactivity disorder (ADHD).9,10

In adulthood, supplementation with omega-3 fatty acids from fish oil has been shown to help maintain cognitive function.11,12

Studies have shown that people who suffer from depression have lowerlevels of omega-3 fatty-acid intake.13,14

As a result, investigators have begun studying omega-3 supplementation as a potential treatment for depression.

In one of the most recent studies, pregnant women — who are at risk for post-partum depression — were randomized to take either omega-3 fatty acids (containing 1,206 mg EPA and 609 mg DHA) or a placebo.15 Those taking the fish oil saw a decrease in symptoms of depression, while no change was observed in the placebo group.

Fish oil has been studied extensively for its cardiovascular benefits.

In June 2019, the FDA affirmed a new, qualified health claim for fish oil, noting that consumption of the omega-3 fatty acids EPA and DHA may reduce the risk of high blood pressure and coronary heart disease.16

Observational studies and clinical trials have both demonstrated that daily doses of 2,000 mg of fish oil, or more, can benefit the heart.17-21

In one clinical trial, patients at high risk for cardiovascular events like heart attack and stroke were randomized to receive either 2,000 mg of fish oil (containing 930 mg EPA and 750 mg DHA) or a placebo. The fish oil was found to reduce heart attacks by 70% and other coronary events by 60%.22

Another major clinical trial, using 2,000 mg of EPA, also showed robust benefits for heart health.17 In subjects at high risk for cardiovascular events, omega-3s reduced the rate of death due to cardiovascular causes by 20%, reduced heart attacks by 31%, and reduced strokes by 28%.

Additionally, using a measurement of the percentage of total fats in red blood cells that are the healthy, omega-3 fats EPA and DHA, a study published in Atherosclerosis found that those with an omega-3 index of 8% or greater, compared to those with levels below 4%, were estimated to have about a 30% lower risk of death.23

Not all studies on fish oil show these robust benefits.24,25 This issue of Life Extension ® Magazine contains a rebuttal to those studies, exposing fundamental flaws that render their findings questionable.

In both healthy, older adults and in those with existing metabolic disorders, omega-3 supplementation has been shown to reduce total triglycerides, the fat-storage compounds.26,27

In addition, in individuals with some degree of existing metabolic disorder, fish oil improved insulin sensitivity. That reduces blood sugar and lowers the risk of developing diabetes.28

How to Know Your Omega-3 Score

An at-home test called Omega-3 Index Complete takes the guesswork out of achieving optimal omega-3 levels. This simple, finger-stick test will show your omega-6 to omega-3 ratio along with other valuable information about your omega-3 status. 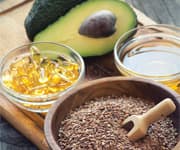 Most Americans’ diets are severely lacking in omega-3 fatty acids.

Some of our ancestors evolved with a more optimal diet, containing a 4 to 1 ratio of omega-6 to omega-3 fatty acids, which is about the best that most people can do with modern food choices.

In a frightening statistic, most people today are consuming a dangerously high 20 to 1 ratio of omega-6 to omega-3 fats. This may help explain why modest-dose fish oil did not reduce heart attack risk in certain studies.

If a person takes just 1,000 mg of EPA/DHA from fish oil, and then ingests 20,000 mg of pro-inflammatory omega-6s, it will be hard to find a statistical benefit.

Increasing omega-3 fatty acid intake and decreasing omega-6s is critical to restoring this balance and reducing risk for chronic disease.

Life Extension® believes that a ratio of less than 4 omega-6s to 1 omega-3 is ideal.